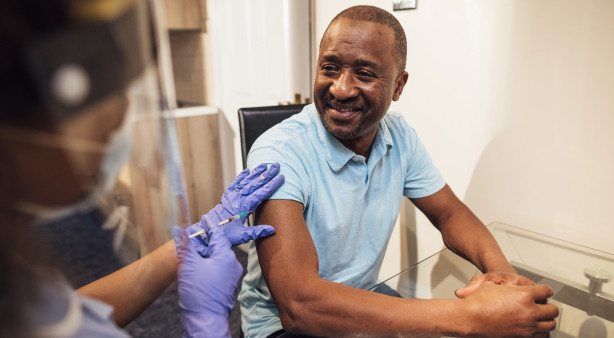 The quick spread of the BA.2 subvariant is likely due to its greater infectiousness rather than its ability to evade the immune system.

April 11, 2022 • By Sharon Reynolds and National Institutes of Health

Since scientists in South Africa announced its discovery in November 2021, the Omicron variant of SARS-CoV-2 has rapidly become dominant around the world. It currently accounts for almost all COVID-19 cases in the U.S.

Omicron has a large number of mutations in its spike protein. These make it better at latching onto and infecting cells. However, studies have shown that vaccines developed earlier in the pandemic produce an immune response that can recognize and block Omicron after a booster shot. This means that vaccines still help prevent serious illness from Omicron.

But SARS-CoV-2 continues to evolve. Three subvariants of Omicron have been identified to date. The one responsible for the surge in cases that began in late 2021 is called BA.1. Recently, the number of cases driven by a newer subvariant, called BA.2, has increased sharply. It hasn’t been known whether antibodies—produced either by vaccination or previous SARS-CoV-2 infection—can effectively recognize BA.2.

A research team led by Dr. Dan Barouch from Beth Israel Deaconess Medical Center examined neutralizing antibodies produced after vaccination or infection. These are antibodies that can bind to the virus and block its entry into cells.

The study was funded in part by NIH’s National Cancer Institute (NCI). Results were published on March 16, 2022, in the New England Journal of Medicine.

As with the Omicron variant BA.1, the number of neutralizing antibodies in the blood after initial vaccination that could recognize BA.2 was more than 20 times lower than those that could identify the original virus. This number continued to decline six months after vaccination.

The number of antibodies that could recognize BA.2 were even higher in people who had been vaccinated and infected with the original Omicron variant. The one person who had no detectible neutralizing antibodies in their blood after exposure to SARS-CoV-2 hadn’t been vaccinated.

“These results indicate that the recent increase in COVID-19 cases caused by BA.2 is more likely due to an improved ability of the virus to spread from person to person rather than its ability to evade the immune system,” Barouch notes.

The results, combined with findings from other studies, show that a booster dose prompts the body to makes antibodies capable of neutralizing a range of SARS-CoV-2 variants.

This research brief was published by the National Institutes of Health on April 5, 2022.