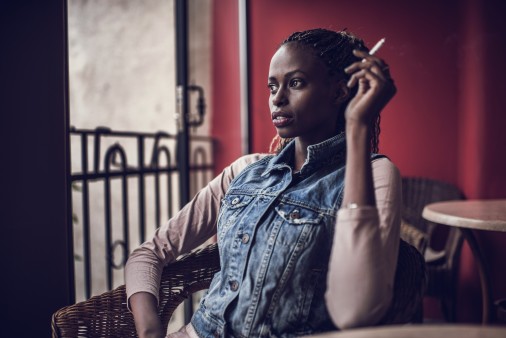 Another Reason for African Americans to Quit Smoking Right Now

Puffing on cigarettes increases the risk of heart failure among Black men and women.

Smoking can ruin most everyone’s health. But for African Americans who are at a greater risk of developing heart disease, puffing away boosts the risk of heart failure, according to new findings published in the journal Circulation, reports Reuters.

Cigarette smoking has long been linked to coronary artery disease, but its connection to heart failure—especially among Black folks—is less well known.

For the study, researchers evaluated information on 4,129 Black individuals with an average age of 54 from the Jackson Heart Study in Mississippi. (At the start of the inquiry, no participants suffered from heart disease.) Seventy percent never smoked, 12 percent were current smokers and 18 percent formerly puffed on cigarettes.

In addition, researchers noted that individuals who smoked at least 20 cigarettes a day saw their risk of heart failure rise about three and a half times. Those who blazed through about a pack or more each day for 15 years or longer were twice as likely to be hospitalized for heart failure.

“We probably in the health community need to do a better job of recommending cessation strategies for people who have risk factors for heart failure,” said Michael E. Hall, MD, an associate professor of medicine at the University of Mississippi Medical Center in Jackson and the study’s senior author. “If they have risk factors, they should be strongly counseled to quit, that should be a no-brainer.”

Click here to learn some ways to close the gap on cardiovascular disease among African Americans.