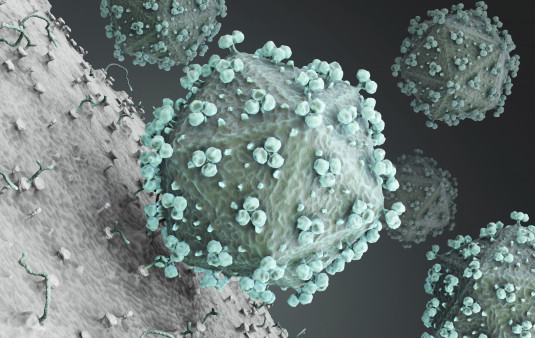 The highly infectious and harmful HIV variant has been in the Netherlands since the 1990s, but treatment is effective against it.

Researchers have identified a strain of HIV that is both more harmful and easier to transmit—but they stress that there is no cause for alarm because HIV treatment works well against this variant.

According to a report published this week in Science, researchers discovered a “highly virulent” variant of HIV in the Netherlands. Left untreated, the strain, known as “VB variant,” can destroy CD4 immune cells twice as fast as typical HIV and leads to much higher viral loads. Investigators identified 109 people with the VB variant, which they suspect emerged in that region in the 1990s and has not spread much outside the European country.

“The most important take-home lesson is, it’s not like the new omicron variant here,” Douglas D. Richman, MD, a codirector of the Center for AIDS Research at the University of California at San Diego, told NBC News. Richman, a clinical virologist who was not involved in this study, added that we are not going to see a new wave of HIV cases because of this variant. In other words, it’s not a deadly superbug.

The study’s lead author, Chris Wymant, PhD, a senior researcher with the Big Data Institute at the University of Oxford, emphasized that the findings are “no cause for alarm.” The reason is that thanks to widespread HIV testing and the standard practice of starting treatment right away, strains such as this are likely to be identified early and contained.

When people diagnosed with HIV begin treatment and maintain an undetectable viral load—which, importantly, improves their health and longevity—they do not transmit the virus sexually. Commonly referred to as Undetectable Equals Untransmittable, or U=U, this fact applies to the VB variant as well.

The new discovery of a “highly virulent” HIV variant, scientists tell me, is “no cause for alarm.”

For @NBCNews @NBCOUT @NBCNewsHealth, I report on a new study in Science about an HIV variant that has infected more than 100 Dutch people.????⬇️ 1/9 https://t.co/ahJDVlE7rh

The researchers discovered this strain while looking at data and blood samples from people living with HIV in Europe and Uganda who are participating in a study known as the BEEHIVE project. They noted that a few people had unusually high viral loads after their diagnoses; upon further investigation, researchers located other participants with genetically similar HIV.

Scientists determined that people with this HIV variant experienced a 3.5- to 5.5-fold increase in viral load compared with 6,604 participants in the study who had the same HIV subtype but a different strain. What’s more, the strain was more virulent, or dangerous. Specifically, the HIV variant doubled the rate of decline in CD4 cells, immune cells that fight infection. This would mean, as NBC News pointed out, that anyone who contracted this strain and didn’t start treatment would progress to AIDS within two to three years of diagnosis compared with the more usual six to seven years for others in the related cohort.

“We found that on average, individuals with this variant would be expected to progress from diagnosis to ‘advanced HIV’ in nine months, if they do not start treatment and are diagnosed in their 30s (the progression is faster still if they are older),” lead researcher Wymant told Technology Networks in a Q&A about the findings.

The researchers also concluded that the variant was the result of countless mutations, not coinfections, environmental factors or the genetics of the individuals.

A novel study by the @UniofOxford’s @bdi_oxford, published in Science, has analyzed the BEEHIVE project data, identifying a highly virulent HIV strain in the Netherlands.

I spoke with Dr. @ChrisWymant to learn more about the study for @Tech_Networks.https://t.co/bj6o8U1sOs

One important element yet to be understood is how exactly the variant causes more damage. “We described many different properties of this new variant,” Wymant told Technology Networks. “However, we didn’t explain the mechanism through which it has higher virulence.

“Our research group—Pathogen Dynamics, in the Big Data Institute, Nuffield Department of Medicine, University of Oxford, led by Professor Christophe Fraser—has a wide range of expertise in the evolutionary epidemiology of viruses,” Wymant said. “We do not have expertise in cellular biology, and so we present this finding to pass the baton to people who can study the interaction of this virus with immune system cells in controlled experimental conditions.”

To learn more about HIV, visit the Basics of HIV/AIDS on POZ.com, where you’ll find sections about HIV Transmission and Risk, HIV Treatment, HIV Prevention and HIV in specific populations, including African Americans, Latinos, transgender people and women, plus much more.