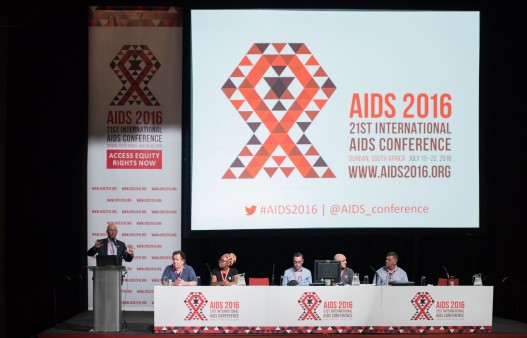 The 21st International AIDS Conference (AIDS 2016) is being held Monday, July 18, to Friday, July 22, in Durban, South Africa, where it brings together researchers and advocates from across the globe.

This year’s theme, “Access Equity Rights Now,” focuses on getting HIV prevention, treatment and care to those who lack it, notably because of discrimination and violations of human rights. Key populations include women and girls, transgender people, sex workers, young people and men who have sex with men (MSM). According to AIDS 2016, more than 60 percent of people living with the virus are not taking HIV meds.

In its media kit, the conference lists the following five goals:

Visit AIDS2016.org for details about the conference program, to read highlights from scientific research, to check out photo galleries and much more.

You can read POZ’s coverage on AIDS 2016 here. You can also follow news and discussions via social media using #AIDS2016, @AIDS_conference and @iasociety, and you can visit AIDS2016’s YouTube channel for videos and other content. Watch the latest video, “South Africa Grandmothers Gathering March,” below: