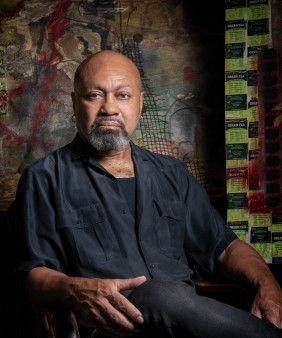 Aging and Sexual Health Are Not Incompatible

Two older people share how their sexual health has evolved.

Whoever said sex and older age don’t go hand in hand? Truth is, our sexual selves never die, because sexuality lives as much between our ears as our legs. But also true is the fact that society often treats older folks like they are not sexual beings.

“Often, older folks are not included in any campaigns related to sexual health, where everyone you see in the ads looks young and fabulous,” says Asa Radix, MD, PhD, senior director of research and education at New York City’s Callen-Lorde Community Health Center and vice chair of the board of the American Sexual Health Association (ASHA). “But older folks are still often having sex and are going to have sexual health concerns.”

Take Carl, 66, for example. A gay, Black Atlanta-area retired educator and visual artist, he avoided contracting HIV his entire sexual life, through decades when many gay men were not so lucky.

“I don’t know how I stayed HIV negative for so long,” he says, “because I didn’t have safer sex all the time.” But now that he’s of Social Security age yet still sexually active, he wants to remain HIV negative. That’s why four years ago, he went on pre-exposure prophylaxis (PrEP), a pill taken daily to prevent getting HIV.

First, he said, he talked about it with a close friend, a fellow gay Black man who has worked for years in HIV prevention. Then he brought it up with his doctor. “He’d been asked about it by other patients, so he educated himself and then started me on it.”

Now, he says, he likes the fact that, in addition to using condoms when he has sex, he has the added protection of PrEP. “After all those years staying HIV negative,” he says, “I thought it would be a damn shame to get HIV in my 60s.”

Then there’s Elizabeth, 61. Currently sheltering in Las Vegas, she’s a longtime New York City–based stage performer of Puerto Rican and Cuban descent. She says she’s had a wild and fulfilling sexual life—including the first several years of the 13-year relationship she’s now in with an activist and fellow performer. “We were two people who always said, ‘We’re not going to become one of those couples who don’t have sex,’” she says.

But then came her menopause—and back problems. She just wasn’t feeling like having sex anymore. And her partner was resentful about it. “He didn’t understand the bodily changes that were happening to me,” she says. A major talk was in order. “I said to him, ‘You need to ask me what you need to adjust when we have sex, because I feel like you don’t want to adjust. You just want to do what you know, and that’s not something I’m willing to live up to at this moment.’ Those were difficult conversations, for sure.”

Then her partner developed severe knee problems, and suddenly, neither one of them was feeling up to wham-bam sex. Plus, amid the COVID-19 lockdown, they were both putting on weight. And, says Elizabeth, that’s where they find themselves now—not just equally un-hungry for hardcore sex but also learning to accept this moment together and finding new ways of intimacy within it.

“When we think it’s supposed to bother us, it doesn’t,” she says. “This is where we are, and it’s OK. Right now, intimacy for us is hugs, kisses and ‘I’ll make you a cup of coffee.’”

“Sexual health is all about being able to embrace and enjoy your sexuality throughout your life, because it’s an important part of life,” says Radix. “Often, people think of it as being only about getting treated for sexually transmitted infections (STIs), but it’s also about both your emotional and mental well-being in relation to sexuality.”

“It’s useful to write out a list of questions or concerns beforehand,” he says. “You’re less likely to forget or lose your nerve that way.”

Ideally, says Radix, a provider will gently bring up sexual health as a part of your overall health, but not all providers have yet been trained to do so—something that organizations like ASHA are trying to change. If your provider isn’t open to hearing your concerns around sex, he says, you may want to look elsewhere.

You may want to discuss with your provider regularly getting tested for STIs, such as HIV, syphilis, gonorrhea and chlamydia, even if you believe you’re in a monogamous relationship—you don’t necessarily know your partner’s entire sexual history.

You may want to discuss preventive options, such as condoms, going on pre-exposure prophylaxis (PrEP) for HIV or getting vaccinated for hepatitis A or B or for human papillomavirus (HPV), some strains of which are known to cause various types of cancer.

And, he says, that goes as much for folks over 50 as anyone else, if not more so. “Often as people age, they’re on multiple medications, any of which can have sexual side effects. Older folks with vaginas can have a lot of dryness, but have you ever seen an ad for lubricant targeting that population?” And in some cases, it can be more difficult to find sexual partners and intimacy in the senior years, he notes.

The important thing, he stresses, is for older folks to be able to talk about their sexuality and sexual health—whether with current or potential sexual partners, health providers or friends.

That’s why Carl went on PrEP. “Taking care of my sexual health means taking care of both myself and my partners,” he says, “and being mindful of all the risks that are out there, especially if you are having sex with more than one person.”

And it’s what led Elizabeth and her partner to finding comfort and safety amid their own current sexual dry spell. “There are so many unanswered questions in our lives right now—and not just COVID,” which has them staying in Las Vegas rather than their usual apartment in Harlem. “Once things fall into place, we’ll talk about how we get back to sex and what that will look like. We’ll find a different way.”

In the meantime, she says, “Everything else in the relationship is there. We’re total partners.”