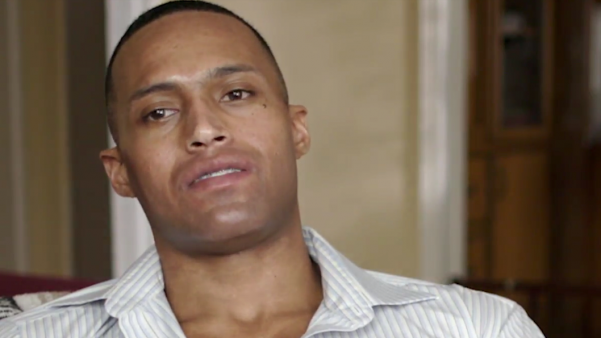 The public education campaign comes on the heels of an HIV discrimination lawsuit.

When Nikko Briteramos was allegedly denied service at an L.A. barbershop because he is HIV positive, he decided to fight back. Not only did he file a lawsuit against the owner of the shop, but he also became the face of a new public education campaign, “Cut the Stigma,” that aims to dispel myths and reduce HIV-related discrimination in Black communities.

For legal help, Briteramos reached out to Lambda Legal, a national group that advocates for the LGBT community and all people living with HIV. Lambda Legal partnered with the Black AIDS Institute, a national HIV/AIDS think tank, to launch “Cut the Stigma.”

“Black people living with HIV are often confronted with discrimination connected to stigma and misinformation in public places of importance within our community,” Phill Wilson, CEO and founder of the Black AIDS Institute, said in a press release about the campaign. “The barbershop is a sacred social space, where Black Americans debate social, cultural and political ideas. HIV discrimination destroys those safe spaces.” 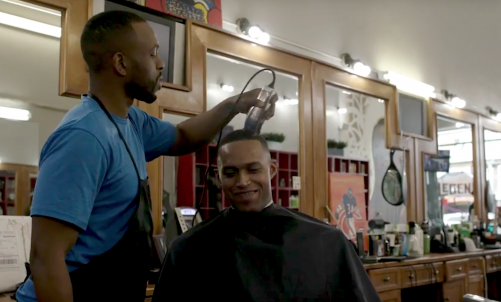 As part of the campaign, the Black AIDS Institute will engage barbers across the country in issues about HIV discrimination and education. The campaign also includes a video featuring Briteramos (you can watch the video at the top of this post).

“If you’re not accepted at the barbershop, it’s like not being accepted at a party or in a club,” Briteramos explains in the video.

Briteramos understands firsthand the dangers of stigma and misinformation. He was previously incarcerated under HIV criminalization laws in South Dakota. Now 34, he has been living with HIV since he was 19.

“I dream that this [barbershop] case is going to provoke people to address these issues they don’t like to talk about,” he says in the video.

In the press release, Scott Schoettes, counsel and HIV project director at Lambda Legal, says: “The facts of this case, as well as the legal claims, are pretty straightforward: the owner of King of Kuts in Leimert Park refused to cut Nikko’s hair because he is living with HIV, in clear violation of the federal Americans with Disabilities Act (ADA) as well as the California Unruh Civil Rights Act.

“While we work within the legal system to remedy the dignitary harms Nikko suffered as a result of this discriminatory encounter, we are also partnering with the Black AIDS Institute to engage with Black communities nationally to do some critically important public education to prevent such discrimination from happening in the first place.”