Accuracy of Diagnostic Mammograms May Vary Across Racial and Ethnic Groups

“Breast imaging is an important first step to being diagnosed and getting into the treatment pathway."

The accuracy of diagnostic mammograms differed across racial and ethnic groups, with variation in several measures of diagnostic performance, according to results published in Cancer Epidemiology, Biomarkers & Prevention, a journal of the American Association for Cancer Research.

Racial disparities in breast cancer are well documented, and research has identified multiple socioeconomic and biological factors as potential causes for the disparities, explained the study’s lead author, Sarah J. Nyante, PhD, associate professor of radiology at the University of North Carolina School of Medicine. Some aspects of breast cancer screening have also been studied, such as the timely receipt of screening mammograms, but less attention has been paid to possible differences related to the diagnostic mammography process, she added.

Women are generally referred for diagnostic mammograms if a screening mammography has detected potential signs of breast cancer, Nyante explained. “Breast imaging is an important first step to being diagnosed and getting into the treatment pathway. It’s reasonable to think that differences at the beginning of care would affect later outcomes,” she said.

In this study, Nyante and colleagues used data from 267,868 diagnostic mammograms performed at 98 facilities in the Breast Cancer Surveillance Consortium between 2005 and 2017. The researchers used Breast Imaging and Reporting Data Systems (BI-RADS) assessments to identify mammograms that radiologists judged to be likely positive (malignant) and likely negative (benign). The racial distribution of the women whose mammograms were studied was 70 percent non-Hispanic white; 13 percent non-Hispanic Black; 10 percent Asian/Pacific Islander; and 7 percent Hispanic.

The researchers found that the invasive cancer detection rate (the number of cancers detected following a mammogram, per 1,000 mammograms performed) was highest among non-Hispanic whites (35.8); followed by Asian/Pacific Islander (31.6); non-Hispanic Black (29.5); and Hispanic (22.3).

The researchers assessed the positive predictive value, which measures cancer yield among positive mammograms, and found it was highest among non-Hispanic white (27.8); followed by Asian/Pacific Islander (24.3); non-Hispanic Black (23.4); and Hispanic (19.4).

Non-Hispanic Black women were most likely to receive a false-negative report. The false-negative rate per 1,000 mammograms was 4.6 for Blacks, 4.0 for whites, 3.3 for Asian/Pacific Islanders, and 2.6 for Hispanics.

There were also differences in the tumors detected through the diagnostic mammograms. Overall, Asian/Pacific Islander women had the largest proportion of ductal carcinoma in situ (DCIS), a noninvasive subtype. Meanwhile, Black women were more likely to be diagnosed with later-stage tumors and higher tumor grade. As previous research has shown, they were also more likely to be diagnosed with the aggressive triple-negative breast cancer subtype.

Nyante noted that controlling for patient-level characteristics did not explain the differences in performance statistics in this study, suggesting that the role of the diagnostic facility in women’s breast cancer treatment should be further studied. She added that this study underscores the importance of the inclusion of women from all backgrounds in clinical studies, so that the population-level risks and benefits of mammography can be more clearly understood.

“Examining differences in diagnostic digital mammography performance and tumor characteristic outcomes by race and ethnicity may help us understand why disparities in cancer detection and quality of care persists for some demographic groups,” Nyante said.

Nyante noted some limitations to the study. While the study included both full-field digital mammograms and digital breast tomosynthesis (DBT), DBT has become much more widely available in recent years. Therefore, the study findings may not be entirely generalizable to the current imaging industry.

This study was funded by grants from the National Cancer Institute, the Patient-Centered Outcomes Research Institute, and the Agency for Health Research and Quality. Nyante declares no conflicts of interest.

This story was published by American Association for Cancer Research on June 17, 2022. It is republished with permission. 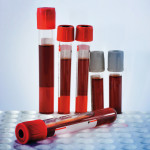