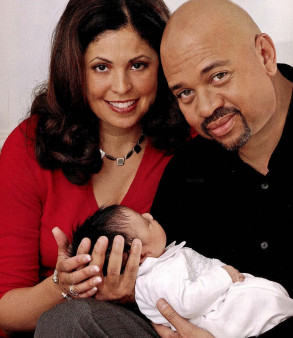 After a life-changing heart attack, ESPN personality Michael Wilbon gets on the horn about cardio health.

A week before the Super Bowl, ESPN sportscaster Michael Wilbon’s hectic life took a dramatic turn. On January 20, 2008, coanchor of Pardon the Interruption (PTI)—the highest-rated cable sports program—flew to the game site, in Scottsdale, Arizona. Planning to press the flesh with NFL glitterati the next day, Wilbon met up with his wife, Sheryl, at their nearby second home and turned in for the night. But they wouldn’t sleep for long. “I woke up with this sharp pain in my arm,” recalls the 50-year-old. “I thought I had slept on it wrong.” He was also suffering from a case of indigestion—something he would later learn was a symptom of a heart attack.

But the warning bells didn’t go off until Wilbon felt a sharp pain on the left side of his chest. “I had classic Fred Sanford symptoms,” he says, referring to the legendary TV character who used to clutch his chest in a mock heart attack. “I woke up my wife and told her to take me to the hospital.”

Unlike the roughly 100,000 African Americans who die of cardiovascular disease—including heart attacks—each year, Wilbon was lucky. The attack didn’t kill him. But it did give him the wake-up call to overhaul his life, starting with his diet. “My life was basically a series of fast-food stops,” Wilbon admits. “Popeye’s, Dunkin’ Donuts, Chinese takeout—whatever is open in Dayton, Ohio, at 2 a.m.”

Wilbon learned just how profoundly the steady diet of grease and fat had affected his system after undergoing an angioplasty—a medical procedure that opens narrowed or clogged blood vessels in the heart. “My blood sugar level was 400, and over 150 is considered bad,” says Wilbon. “My blood pressure was a whopping 200 over 120. My cholesterol was equally high. And then came the double whammy: On the same day I had the heart attack, I learned I was a diabetic. It was scary.”

As if the late-night fast-food runs weren’t enough, the hereditary cards had not been stacked in Wilbon’s favor: His mother was a diabetic and had endured triple-bypass surgery. His father died of lung cancer at age 60. Despite his family’s poor health history, Wilbon thought it would never happen to him. “My mother had triple bypass two years earlier but at 79 years old,” he says. “There’s heart disease on her side of the family. But it wasn’t like she was 40.”

The severity of Wilbon’s health problems prompted Sheryl, who had been trying to nudge her hubby to eat right for years, to intervene. “I feared for him,” she says. “Fast food, fried food, highly processed food—it’s the least healthy food for you to eat. His lack of concern about his diet definitely concerned me.”

Since his heart attack, Sheryl has prepared meals consisting of salmon, swordfish, lean chicken, whole grains and vegetables for Michael when he’s not on the road.

For those trips where eating right is more challenging, she encourages him to stick with the healthier items on the fast-food menus—roasted turkey sandwiches on whole-grain bread, a grilled chicken sandwich—so that he doesn’t feel too deprived.

Fortunately for Wilbon, adding exercise to his new life plan was not difficult. “I’ve always been active,” he says. In fact, in an effort to improve his health, he had already lost a considerable amount of weight before the heart attack. “I weigh 222 pounds now. That’s down from 252 10 years ago,” says Wilbon, who has lost an additional 6 or 7 pounds since the heart attack. “I had already cut out sodas and cut down on fast food. I did all this at 40.”

Although Wilbon has had to slow down somewhat in order to heal, he still works out regularly. “I have a trainer who comes by my house every Wednesday, but generally I’ll work out two, three or four times a week. My regimen is just like before—it’s all subject to my hectic schedule. I’ll do 30 minutes of cardio on the treadmill or the elliptical trainer and then do some stretching.”

In addition to making these crucial lifestyle changes, Wilbon takes his meds daily, including drugs to control his cholesterol (Lipitor), diabetes (insulin) and hypertension (aspirin). He’s learned to substitute Splenda for sugar in his oatmeal and eat more fruit.

Wilbon’s pals are impressed. “That old adage that you can’t teach an old dog new tricks does not apply to Mike,” says PTI executive producer Eric Ridenour. “He takes great pains to monitor his blood sugar and keep healthy. This is a guy who will now pick up a bag of flaxseed off my desk and inquire about it—he doesn’t joke on me now about eating healthy the way he used to! The way he’s turned his life around is inspiring to see.”

Tomika Anderson is a freelance writer and television producer. Her work has appeared on BET, FOX News and The CW, and in magazines like Essence, Entertainment Weekly and Time Out New York.