By now, we know that whole grains are good for us—but how many of us know what they are, how to choose them and how to cook them? Lou Sackett offers a primer to help you sort through all the unfamiliar names and find products that your family will enjoy.

Whole grains are among our most ancient foods, and there was a time when just about all the grains people ate were whole. Real grains are the seeds of grasslike plants. Each of these seeds comprises a starchy “endosperm,” an oil- and protein-rich “germ,” and a fibrous outer coating called the “bran.” Our ancestors simply boiled these grains in water to make a nourishing porridge or ground up the grains into coarse flour for making hearty, healthful brown breads. However, with advances in technology, we began to polish off the bran and remove the germ to make smoother, paler products from the endosperm—mistakenly thinking that whiter was better. It turns out that the grain’s germ is packed with important nutrients, and the bran is a great source of vegetable fiber. “Eating whole grains—more than one serving daily—reduces hunger between meals, reduces the risk of diabetes, lowers blood pressure and cholesterol levels and therefore reduces the risk of stroke and heart disease,” says Lisa Hark, MD, coauthor of The Whole Grain Diet Miracle (DK Publishing; $25) and host of TLC’s popular show Honey, We’re Killing the Kids. “Those who eat whole grains regularly also have reduced risk of colon cancer.”

Whole grain breads and cereals also have a rich, nutty flavor and a satisfying, chewy texture that wimpy, white processed foods can’t match. But beyond brown rice, most of us are in unfamiliar territory when it comes to buying and preparing them. Expand your culinary horizons by trying these whole grains easily found in health food stores or in the natural foods section of your supermarket.

Millet
Description: Tiny, round, yellow seeds
Other forms: Millet flour
Flavor: Slightly sweet, lightly nutty
Nutritional benefits: One of the least allergenic and most digestible grains; high fiber, nearly 15% protein, high in B-complex vitamins, rich in phytochemicals (believed to lower cholesterol and associated with reduced cancer risk)
To cook: For millet pilaf, simmer one part grain in three parts water for 25 minutes, or soak overnight, then steam for 30 minutes; for a creamy millet cereal, simmer one part grain in six parts water for 45 minutes; dry
roasting before cooking adds a rich, toasty flavor.
To serve: Replace rice with millet pilaf as a bed for curries and stir-frys; simmer into a stew with meats and/or vegetables; mix cooked grain into meatloaf or burgers; in baking or pancakes, replace up to one-third wheat flour with millet flour.

Spelt
Description: Large, light-brown oval grains with a lengthwise indentation
Other forms: Spelt flour; also spelt pasta and spelt bread
Flavor: Earthy and nutty
Nutritional benefits: Excellent source of vitamin B-2, shown to help reduce the frequency of migraine headaches; high in niacin, which lowers cardiovascular risk factors; extremely high in fiber
To cook: Soak overnight, then simmer one part grain in eight parts water for one hour.
To serve: Use as a side starch or as a bed for hearty stews; replace rice with spelt in preparing risotto; use spelt flour in place of whole wheat flour in baking.

GOING WITH THE GRAIN
Try these delicious recipes for starters

Lou Sackett is a freelance food writer and culinary educator based in South Central Pennsylvania. She is the coauthor of American Regional Cooking for the Professional Chef (Prentice Hall; $50). 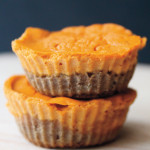 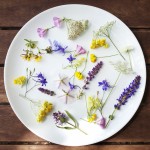 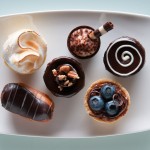 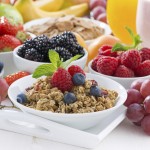 Which Foods We Eat and When May Affect Cardiovascular Health