Imagine giving birth in chains. Or losing custody of your children because you aren’t allowed to contact them. These circumstances face women in prison, whose numbers have swollen by more than 800 percent in three decades. But groups like Women on the Rise Telling HerStory (WORTH) are challenging these policies—and sometimes winning. 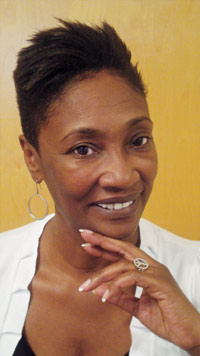 WORTH works to change policy and improve the lives of currently and formerly incarcerated women, who also make up the group. Since the New York group’s 2004 founding, more than 250 women have participated in its workshops and support groups.

“Women are seen as morally inept [if they’ve been in] prison,” says Tina Reynolds, who cofounded WORTH after her own release from jail.

WORTH member Mercedes Smith gave birth while incarcerated 20 years ago. Shackled while in labor on the ride from jail to hospital, she was then handcuffed to the bed rail during delivery.

“I couldn’t understand where they thought I was going in so much pain,” Smith says.

The women of WORTH successfully lobbied New York lawmakers for an anti-shackling bill for women giving birth. All but nine other states still restrain such prisoners.

WORTH also convinced the state legislature to amend the Adoption and Safe Families Act (ASFA). While most children of incarcerated parents are placed with relatives, some go into foster care. Parental rights are legally terminated if parents don’t have contact with a child in foster care for 15 of the most recent 22 months. But some incarcerated parents are unable to contact their kids. The ASFA amendment allows parental rights to continue if imprisoned parents make good-faith efforts to maintain contact.

WORTH also challenges the war on drugs, which was responsible for more than a quarter of the female prison population in 2005. Black communities are disproportionately represented. The result? Fully 32 percent of women in custody are African American.

“We’re the under-caste,” Reynolds says. “Our work continues the civil rights movement.”
Health After Prison
Transitioning from a life behind bars can stress your health. WORTH members offer these wellness tips for women leaving prison

Relearn healthy eating. “We spend most of our years in prison eating processed food,” says Tina Reynolds of Women on the Rise Telling HerStory (WORTH). “Those foods don’t help your health.” Go to realhealthmag.com for healthy eating tips.

Get tested for HIV. A recent study shows some 9 percent of New York City’s new-to-jail population are HIV positive and almost 30 percent of them have gone undiagnosed. For HIV testing locations and places to connect with care, go to directory.poz.com.

Keep talking. “Women need to sit down and talk openly about what we need,” Mercedes Smith says. “We don’t want to talk about it in a group with men. I feel like I can talk with a bunch of sisters who listen.”
Contact WORTH at 646.918.6858 or at womenontherise-worth.org.