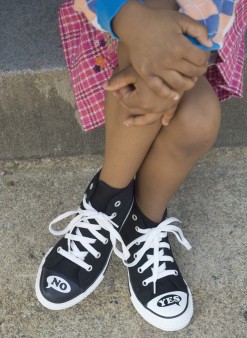 Orlando Girl Back in School After Hair Controversy

For an African-American student who was threatened with expulsion because of her bushy natural hair style, it’s back to the books as usual, CBS News reported.

The student, Vanessa Van Dyke, attends Faith Christian Academy in Orlando, Florida. In late November, Van Dyke’s parents were issued an ultimatum to either tame their daughter’s mane with a haircut or a less “distracting” hair style or risk being expelled.

According to previous news reports, the school issued the ultimatum after Van Dyke’s parents complained that their daughter was being bullied and teased about her hair by other students.

After Van Dyke’s parents went public about the school’s response to their complaints, the institution’s administrators said that Vanessa was in violation of school rules about appropriate hair styles. “African-American hair, our hair grows out, it doesn’t grow down and that’s the way it is, her hair is her hair. What am I supposed to do?” said Sabrina Kent, Vanessa’s mother in a CNN interview.

Two weeks later, school officials answered that question for the 12 year old’s mom. They asked that she allow Vanessa to return to school. “First of all, [my hair is] puffy, and I like it that way,” Vanessa said. “I know people will tease me about it because it’s not straight. I don’t fit in.”

But Vanessa is not unique. Many African-Americans experience difficulties with institutions that have hair rules that are at odds with the appearance of natural black hair and the styles many people of color use to express their individuality.

Despite these issues, surveys show that many more black women are opting to ditch straighteners and wear their tresses in naturally curly, coily textures. “Natural hair has been a movement for several years,” said Cyntelia Abrams, a marketing coordinator for Design Essentials, in a USA Today story. “What we’re seeing now is a confirmation that this is a lifestyle that is very important to a lot of women.”

For more about this natural hair trend, click here.

Could a Song Prevent Suicide?