U.S. Secretary of State Hillary Clinton made HIV/AIDS a central focus of her recent visit to Malawi and Uganda, juxtaposing recent differences in these nations’ HIV policies, The Washington Post reports. Clinton spoke with Ugandan President Yoweri Museveni to express concern that current Ugandan HIV rates have been rising at an alarming pace. The number of Ugandans with HIV doubled between 2004 and 2011—from 1.2 million to 2.4 million—despite the country’s highly praised HIV response during the 1990s and more than $1.6 billion in U.S. aid that has gone to it over the past six years. Clinton’s visit to Malawi drew attention to President Joyce Banda’s comparatively progressive policies and aggressive HIV prevention programs. 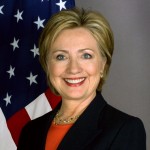