Picture this: A pollster stops you on the street and asks you to rate your sexual well-being. What do you say? Well, in a Kinsey Institute survey of 987 black and white women, ages 20 to 65, who were involved in heterosexual relationships of six months or longer, more African-American women than white women rated themselves as being sexually attractive.

Findings showed that a woman’s belief she has sex appeal was the strongest predictor of how good she felt, in general, about her sexuality. But other confidence boosters helped women attain positive sexual well-being: feeling good about their sexual relationship with an understanding partner; entertaining frequent sexual thoughts; having sex and orgasms more often; and dating a sexually attractive man.

Bancroft says he also found it interesting that black women were much more religious than white women but were still able to combine spirituality and sexuality.

What this means for sistas is simple: Have faith in yourself and build a relationship with a good, understanding man you feel oozes sex appeal. 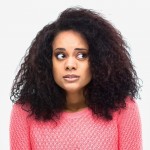 Shrug Off Your Fears 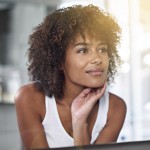