Infants Exposed to Smoking at Risk of Lung Cancer

New parents who smoke are putting their infants in danger because secondhand smoke contains cancer-causing chemicals, a new study found.

New parents who smoke are putting their infants in danger because second-hand smoke contains cancer-causing chemicals, a new study found.

These carcinogens were found in urine samples from nearly half of the infants of parents who smoked, the researchers said.

“There were detectable levels of a lung carcinogen that comes from cigarette smoke in the urine of these infants,” said lead author Stephen S. Hecht, a professor at the University of Minnesota, and Wallin Chair of Cancer Prevention at The Cancer Center at the school.

“This indicates that parents should not smoke around their infants,” Hecht said.

The findings appear in the May issue of the journal Cancer Epidemiology, Biomarkers & Prevention. 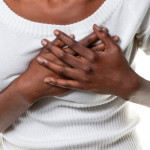