Even though they are at the highest risk for aggressive prostate cancer, black men with a family history of the disease are least likely to be screened for it, even during the peak risk ages of 60 to 69, a new study finds.

“Healthy black men who have several first-degree relatives with prostate cancer are much less likely to have ever gotten a prostate screening than black men without a family history and white men in the general population,” study co-author Dr. Sally Weinrich, a nursing professor at the Medical College of Georgia and a Georgia Cancer Coalition Distinguished Cancer Scholar, said in a prepared statement.

The findings are published in the Feb. 15 issue of Cancer.

The study also found that just under 50 percent of all high-risk black males get PSA blood tests, and 38 percent get digital rectal exams.

In comparison, 65 percent of black men without a family history of prostate cancer get the PSA test, and 45 percent get digital rectal exams.

Rates were even higher among white patients: 81 percent of white males aged 60 to 69 get the PSA test, and 68 percent get digital rectal exams. 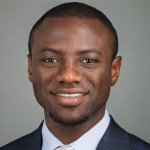