Why suffer unpredictable hot flashes when there are options for relief?

After Janice turned 55, on some days, waves of heat would rise through her body. The sudden, uncomfortable warmth would prompt beads of sweat to trickle down her face. When she glanced in the mirror, she looked as if she’d just emerged from a dip in the swimming pool. What’s more, nasty wetness would pool in the middle of her back, soaking her blouses. She dared not wear the elegant silk tops she so loved. With a sinking feeling in the pit of her stomach, Janice realized she was suffering from hot flashes, a common sign of menopause.

Like 75 percent of U.S. women going through perimenopause, Janice experienced temporary but recurring bouts of hot flashes. For her, and many women like her, hot flashes are annoying, embarrassing and sometimes debilitating events. Janice’s self-confidence plummeted. She never knew when hot flashes would strike and dreaded attending meetings or events where she’d have to interact with others.

According to recent findings published in the Journal of the American Medical Association (JAMA), for some women, hot flashes can last more than seven years. What’s more, the findings also showed that these episodes may last longer for African-American women.

“There’s so much variation, and we know that certain ethnic groups suffer more than others,” says Rebecca Brightman, MD, a certified menopause practitioner at the North American Menopause Society (NAMS) and assistant clinical professor of obstetrics, gynecology and reproductive sciences at the Icahn School of Medicine at Mount Sinai Hospital in New York City.

Brightman adds that she’s seen some women who are incredibly troubled by the flushes of heat, while others are absolutely fine. “It’s really variable,” she says.

But for the women who do suffer from hot flashes, there are many effective treatments they can try. Many doctors suggest hormone replacement therapy in the form of pills, patches, creams and vaginal rings that typically contain estrogen alone, or estrogen combined with progesterone. “These regimens really need to be tailored to an individual woman’s needs and desires when presented with all the options,” Brightman says.

In addition, more recently doctors have begun to prescribe mood stabilizers, such as paroxetine, better know by its trade name of Brisdelle. “Brisdelle has been approved by the Food and Drug Administration for treating what we call vasomotor symptoms, which are hot flashes and night sweats,” Brightman explains.

But many women don’t want to use hormones. Instead, some turn to nutritional supplements and herbs for relief from hot flashes and other menopausal symptoms. Typically, these supplements and herbs have included soy, black cohosh and evening primrose oil, among others. Brightman says in her private practice she suggests a product named Relizen to her patients that is made from purified Swedish flower pollen extract. (Disclosure: Brightman is on Relizen’s advisory board.) She says the product has been available in the United States for more than a year and in Europe for nearly two decades. “This is a non-hormonal treatment, so it’s safe for those women who don’t want to take anything hormonal, or for those women in whom hormones are contraindicated,” she says. “I was impressed by the data and science behind it.”

Study findings on Relizen—also known under the brand names Femal, Femalen and Serelys—were published in several peer-reviewed medical journals, such as Climacteric and Menopause: The Journal of the North American Menopause Society. Those findings concluded that the product was clinically effective in the treatment of menopausal symptoms, such as hot flashes and sleeplessness, without any hormonal activity involved.

“The fact that the product doesn’t have hormonal activity is so important for those women who have breast cancer,” Brightman says. “And Relizen also doesn’t interfere with the metabolism of certain medications (used in breast cancer treatment), one of which is tamoxifen.”

In general, Brightman agrees that women do need better and more longer-lasting options for treating menopausal symptoms. “I was really glad that JAMA published this study,” she says. “People need to realize that menopause is a significant portion of women’s lives.”

Indeed, many women believe menopause robs them of their identities as beautiful, sexual beings. “These women should be treated and not ignored,” Brightman says. “I want people to know that there are some very good resources for women, and there needs to be more.”

To get educated about menopause, she suggests women visit the NAMS website, menopause.org, where she is a member. Brightman believes that, often, the five minutes women actually get to consult with their doctors at appointments doesn’t give them enough time to talk about menopause, a transition that occurs in all women.

Says Brightman, “My hope down the road is to be able to educate more women about this transition and that the word ‘menopause’ is not a taboo subject.” 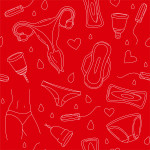