Twitter
Facebook
Pinterest
Tumblr
Email
Advertisement
Science magazine dubbed it the 2011 “Breakthrough of the Year”: A study found that HIV treatment cut transmission risk by a whopping 96 percent among 1,763 monogamous heterosexual couples where one partner had HIV and the other didn’t. It was true only if the positive partner took the meds regularly and had an undetectable viral load for at least six months.

These results, from a clinical trial called HPTN 052, appeared to answer the question: Can drugs that treat HIV also cut the national rate of new cases?

Researchers randomly instructed half the HIV-positive people to start HIV meds immediately, while delaying treatment for the other half until their CD4 cell counts dropped below 250. Of the trial participants, 28 contracted an HIV strain that matched the viruses in their long-term partners; only one was in the early treatment group.

Meanwhile, it’s estimated that 20 percent of HIV-positive people are unaware they have the virus, and a February report in the journal AIDS announced that nearly half of all new HIV cases stem from this 20 percent.

“One,” Mack says, “make sure that everybody who is positive is receiving treatment. And, two, we need to test everyone, because it’s the people who don’t know they are positive who are infecting others.”

Mack adds that HIV-positive people should still use condoms “because you can’t be 100 percent sure. If a positive person—even one whose HIV is undetectable—has a sexually transmitted disease or an ulcer, they can still transmit HIV to their partner.”

If people are gun-shy about taking meds due to concerns about potential side effects, Mack advises: Take them. “I can’t say that they won’t [cause heart, liver or renal disease],” she says. “But the virus is going to cause more damage overall, so [most important] is to control it.”

“By taking meds,” she adds, “you stay healthy and keep [others] from becoming infected.” 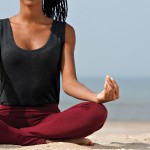 Women’s Partners to Blame for Fewer Orgasms, Not Biology 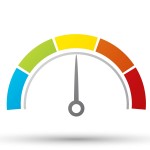