Serious intestinal disorders caused by pathogens—micro-organisms that cause disease—may result when the gut lacks sufficient amounts of a critical protein called granulocyte-macrophage colony-stimulating factor (GM-CSF), according to study findings published in Cell Host & Microbe and reported by HealthDay News.

Researchers indicated that GM-CSF protects the intestinal tract from bacterial inflammation and infection caused by pathogens such as E. coli. The protein may also eliminate the inflammation factor in inflammatory bowel diseases (IBD) such as Crohn’s disease.

IBD is the collective name for a group of intestinal illnesses that cause chronic reddening and swelling of the intestines. Symptoms of IBD include abdominal cramping and pain, diarrhea, weight loss and bleeding of the intestines. (Another kind of IBD is ulcerative colitis—a condition characterized by ulcers in the lower section of the large intestine, usually beginning near the rectum.)

“This study shows that GM-CSF has a profound influence in the regulation of cells that determine whether the gut lives in peace with this inflammation or becomes severely inflamed during infection,” said the study’s author, Martin Kagnoff, MD, a professor emeritus of medicine and pediatrics at the University of California, San Diego, School of Medicine. “Any time that delicate balance is disrupted, all heck can break loose.”

Kagnoff credited the study’s findings as a possible explanation for why some Crohn’s disease patients get relief from doses of GM-CSF.

He stressed that a better understanding of how GM-CSF works in the gut could lead to new therapies based on the protein.

Read about the connection between IBD and depression here. 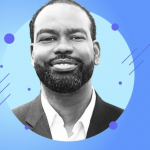 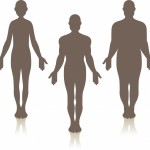 Colon and Rectal Cancers on the Rise Among Young People 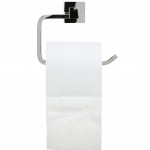