Why Brushing Your Teeth Isn’t Enough

Deamonte Driver’s mother probably never imagined she’d lose her child to tooth decay. But an infected tooth went from bad to worse when bacteria traveled from his mouth to his brain. Earlier this year, after six weeks of hospital care, 12-year-old Deamonte died.

Deamonte died for many reasons, including that he was poor, he lacked insurance and few dentists accept Medicaid. But he also died because of a lack of knowledge about the potential dangers of untreated dental problems.

There is a connection between our teeth and gums and the rest of our bodies, though different kinds of doctors care specifically for each. When we don’t brush and floss daily, plaque—a clear, sticky bacteria-filled film—forms on our teeth. The bacteria in plaque assault the mouth in two ways. They attack the enamel on teeth, breaking it down and creating cavities. They also infect the gums, making them sore and inflamed, leading to gum disease. Tooth decay tends to be more common in children and gum disease more prevalent among adults. But because Americans are living and keeping their teeth longer, there is dental decay in adults too, says Edmond Hewlett, DDS, consumer advisor for the American Dental Association.

More accurately referred to as periodontal disease (PD), gum disease is not one illness but a range of problems. Most people have heard of gingivitis, the milder form of PD; periodontitis is a more serious stage of the illness. In either case, bacteria cause the space between teeth and gums to break down, creating a pocket where more bacteria can accumulate and further damage teeth, gums and bone. In early stages, PD might not cause pain or troublesome symptoms, making it easy to ignore. Signs of infection include tender, swollen gums, bleeding, chronic bad breath (see sidebar) and in latter stages, loose teeth.

The Mouth-Body Connection
Experts suspect that neglected teeth and gums trigger other problems. “Bacteria can be released into the bloodstream and set up shop in other places in the body,” says Southerland. “The more virulent bacteria can break down body defenses.” Some patients even develop infections in the heart. A growing body of recent research has also linked gum disease with conditions such as premature birth, osteoporosis and heart disease. “There’s enough evidence now to say to people, if you neglect your oral health, you’re putting the rest of your body at risk for general health problems,” says Hewlett.

Low-income people and African Americans are at greater risk. A report by the Joint Center for Political and Economic Studies’ Health Policy Institute found, for example, that 50 percent of black men, compared with 28 percent of white men, have untreated dental decay. Poor dental hygiene is part of the problem, but many patients also lack dental insurance and rarely see a dentist. The onerous Medicaid system doesn’t fully fill in the gaps. “It leaves a huge number of poor people who fall between the cracks. There’s no dental safety net for them,” says Hewlett.

Dentists stress that it’s critical to avoid cavities and gum disease or at least halt the conditions when they are still reversible. The only way to protect your teeth, gums and overall health is to do what your mom and dentist told you: Brush your teeth twice a day, floss daily and visit the dentist every six months. If access to a dentist or to insurance is an issue, don’t give up, says Southerland. Your local dental society, dental school or community health center should be able to provide information on how to get affordable care.

Ziba Kashef writes frequently about health issues for such publications as Health and Colorlines.

GEAR FOR YOUR GRILL: WHAT DENTISTS USE
When you shop the oral-care aisle, you may feel overwhelmed by the choices: A toothbrush for $5.99 or $1.99? Freshening or whitening toothpaste? Germ-killing mouthwash or minty fresh? Real Health wanted to know if any of these options make a difference or whether manufacturers are merely trying to make us spend more money. To sort through the confusion, we asked four black dentists nationwide what types of products they use for oral hygiene. Here are their responses.

Toothbrush: Oral B nonelectric with soft bristles
Toothpaste: Colgate or Crest, nonabrasive and fluoridated, 2-3x/day
Floss: Glide with Gore-Tex
Mouthwash: Listerine
MINT CONDITION?
You know that foods like garlic or coffee can lead to stinky breath, aka halitosis. But there are other causes:

Gum disease
Untreated gum disease like gingivitis or peridontal disease can contribute to bad breath because of the constant presence of bacteria.

Dry mouth
Saliva acts as a natural cleanser. If saliva is decreased by a gland problem, breathing through the mouth or medication, odors can grow.

Infection
An upper respiratory infection like bronchitis, sinusitis or others that cause postnasal drip can produce a smell in your mouth.

Digestive problem
A disorder in the digestive tract such as acid reflux or an ulcer can contribute to odors in the mouth.

MOUTH OVER BODY
Bacteria in the mouth resulting from peridontal disease can enter the bloodstream and travel to other parts of your body, potentially upping the risk for:

PEARLY WHITES
Tooth whiteners have become a staple in toothpastes at the grocery store. But do they work? Last year, Consumer Reports tested and compared 41 toothpaste brands that claimed to also brighten teeth, but none were more effective than conventional pastes. Why? Because toothpastes only remove stains and don’t actually affect the color of teeth. To do that, you need to either buy a whitening kit containing peroxide or ask a dentist to lighten your teeth with an in-office laser procedure. It’s really about individual preference, says Dr. Janet Southerland. Some people just need a good cleaning.

MERCURY MENACE?
Millions of Americans have silver fillings containing mercury, also known as dental amalgam. Though initially considered safe by many dental professionals, a rising chorus of consumer advocates insists that mercury vapor is released from the fillings when people chew or grind teeth, posing a health threat.

Considered a toxin, mercury has been removed from vaccines and thermometers. The government has also warned women of childbearing age and pregnant women to avoid certain fish with high mercury content. And the Food and Drug Administration has raised concerns about the lack of information about dental amalgam’s risks.

Amalgam’s opponents point to studies linking mercury to health problems ranging from autism and learning disabilities in children to Alzheimer’s disease, Parkinson’s disease and multiple sclerosis, among others. “Individuals are being exposed every day to high levels of mercury from fillings,” says Donald Robbins, DMD, a dentist in Exton, Pennsylvania. “I recommend everybody get mercury out of their mouths as soon as possible.”


ALL ACCESS: DENTAL CARE
According to the Centers for Disease Control and Prevention, for every person over the age of 19 who doesn’t have medical insurance, there are three without dental insurance. But an unhealthy mouth can lead to serious diseases. Consider these oral care options:

Dental Insurance Patients pay a monthly premium for plans, which cover a portion of dental costs—often up to 80 percent. However, most insurance plans put a cap on annual services. Delta Dental (deltadental.com) offers plans in all 50 states.

Discount Dental Plans Subscribers pay a yearly premium to receive unlimited services at a discount, usually ranging from 10 to 60 percent. Check out dentalplans.com, or call 888.632.5353 for a list of plans in your area. 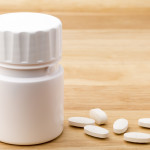