Here’s an important question for those of us who keep our medicine cabinets stocked with extra pills, prescription meds and over-the-counter drugs throughout the years: What do those expiration dates on medications really mean? Internist Sharon Bergquist, MD, PhD, an assistant professor of medicine at Emory University, answered this question in an article published in The Wall Street Journal.

In reality, a prescription’s expiration date is usually between one to five years after a medication was manufactured. According to Bergquist, this means expiration dates don’t necessarily signal an end to a medication’s effectiveness or safety. What’s more, “discard after” dates on a drug label are generally one year after the pharmacist first opened a drug’s container. “But there is very little science behind it,” Bergquist says. “It very well could be that a medication is good for 10 more years.”

In fact, a 2006 study by the Food and Drug Administration on the shelf life of common meds found that out of 122 drugs contained in the Department of Defense’s medicine stockpile, a whopping 88 percent were considered safe more than five years after their set expiration dates. (So far, in the United States there have been no reported cases of toxicity from expired drugs.)

Bergquist suggested a good rule to follow: If you use life-sustaining meds, such as nitroglycerin, an EpiPen or insulin, then toss expired meds and get a new prescription for a fresh supply. But if you just have a headache or back pain and want to reach for an acetaminophen that’s expired, you’ll probably be OK.

Some common food products may last long beyond their expiration dates, too. Click here for more information. 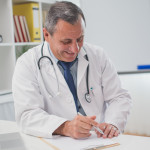 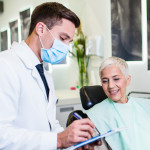