All Washed Up: American Hand Cleaning on the Rise

As drug stores across the country gear up for the beginning of cold and flu season, there’s good news: Americans are washing their hands more often, according to a study presented at the American Society for Microbiology and reported by The Associated Press.

Researchers from Harris Interactive visited public restrooms in four big cities and pretended to groom themselves while actually monitoring more than 6,000 adults in restrooms at three locations.

Researchers found that 85 percent of adults washed their hands after using the restroom, up 8 percent since 2007, the best rate since these surveys started in 1996.

Of the four cities, Chicago boasted the highest number of restroom-using hand washers, with 93 percent of adults heading for the sinks. New York train station patrons were at the bottom of the list; only 80 percent of adults washed up.

Researchers also found that men weren’t the cleaner sex. A whopping 23 percent of them failed to wash their hands after using the restroom compared with only 7 percent of women.

But while the study did show progress, an accompanying phone survey of more than 1,000 adults found that people are lying about their hand-washing habits: 96 percent said they always soap up after using public restrooms, and 89 percent said they washed hands after bathroom pit stops at home.

Truth is, hand washing is just one way to help avoid those pesky colds. Click here to learn other ways to fight the flu this winter season. 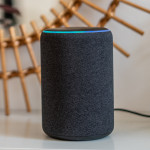