Though low, this figure is three times the rate of discontinuation seen in clinical trials.

Among people whose direct-acting antiviral (DAA) treatment for hepatitis C virus (HCV) is covered by Medicare, 6% discontinued therapy early between 2014 and 2016. This figure, while low, is still three times greater than the rate seen in clinical trials, and it was higher depending on individual characteristics of the people undergoing treatment for the virus, including which regimen they took and whether they had cirrhosis.

Thomas Riley III, MD, of Penn State, and colleagues conducted an analysis of 82,056 people on Medicare who started DAA treatment for HCV between January 2014 and September 2016. They defined treatment discontinuation as filling prescriptions for fewer weeks than expected for their prescribed DAA regimen. Their findings were published in the American Journal of Managed Care.

A total of 6.3% of the cohort did not complete their HCV treatment. A low of 4.7% who received Zepatier (grazoprevir/elbasvir) and a high of 11.8% who received the Viekira regimen (ombitasvir/paritaprevir/ritonavir; dasabuvir) discontinued treatment. Nine and a half percent of those prescribed Sovaldi (sofosbuvir) plus interferon stopped treatment early, while 5.2% of those who received Harvoni (ledipasvir/sofosbuvir), the most commonly prescribed DAA during the study period, did the same.

Interferon, which is associated with burdensome side effects, is now largely obsolete in the treatment of hep C thanks to highly effective and tolerable new regimens.

The study authors looked at the subset of people who received the Medicare Part D low-income subsidy (LIS) for drug coverage, which is offered to individuals with incomes below 150% of the federal poverty level. Cost sharing for those without LIS was more than $6,000 over the course of DAA treatment for all Part D plans in 2014. For those with LIS, cost sharing was as low as $11 that year.

Those who had a high burden of other health conditions were slightly more likely to discontinue hep C treatment compared with those with a lower burden.

The study authors noted that the DAA discontinuation rate was higher for people taking regimens that required them to take multiple pills at different times of the day, including Viekira. They acknowledged, however, that in recent years, DAA treatment had been simplified with the introduction of new regimens—some of which are taken as a single once-daily pill—and that this might have brought down discontinuation rates.

Tech Use for Diabetes Management Shows a Significant Racial Gap 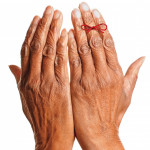