In Los Angeles alone, more than 120 churches joined the Day of Unity, promoted by The Black Church & HIV initiative.

AIDS activists have long called on faith leaders to help address and end the epidemic in Black communities across the United States. And on July 23 in Los Angeles, more than 120 local churches took heed and joined forces for Day of Unity, a national event aimed at raising awareness about the impact of HIV on Black America, reports the Los Angeles Sentinel.

The Day of Unity is one of several events created by The Black Church & HIV, a national network of faith leaders, religious institutions and community members. The day gave church leaders the opportunity to recognize HIV as a social justice issue at their pulpits.

“We hope that by preaching messages of hope and grace that we will all come together from different faiths to focus on this issue and with all their (faith leaders) help, we can continue to harness the power of the pulpit to change the course of the HIV epidemic for African Americans,” the Reverend William Francis, who is a part of The Black Church & HIV, told the Sentinal.

The Black Church & HIV initiative, according to its website, addresses HIV and stigma as an issue of social justice by:

So far, more than 750 church leaders in 25 cities have been trained, HIV has been incorporated into courses at two seminary schools and four denominations have passed resolutions in support of the initiative.

Numbers from the Los Angeles County Department of Health indicate that almost 50,000 people in the city are living with HIV. What’s more, reports the Sentinal, Black men and women are more likely to be living with the virus than their white counterparts, and heterosexual intercourse was responsible for 15 percent of new diagnoses among African Americans. 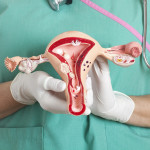